You are here: Home / Uncategorized / Why your CEO should be plugged into the social mediasphere 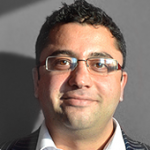 Why your CEO should be plugged into the social mediasphere

It would be impossible for the modern CEO not to recognise the value of social media in keeping their company at the forefront of their market. So why is it that so few CEOs engage personally? What is holding them back and why is it so important for them to actively participate in their company’s social media endeavours?

Last year’s Fortune 500 Social CEO Index found that a staggering 70% of Chief Executives have no social media presence – none whatsoever. I’d imagine that some don’t think they have the time, some don’t have the inclination, and some are simply daunted by the whole prospect – but it is vitally important to encourage senior management to become comfortable, fluent and active in the social media environment, because the gains are huge and the CEOs who wake up to this quickly are the ones who will benefit their companies the most.

So, what are the advantages of getting your CEO active? Well, personal interaction with customers is key – it builds trust, creates transparency, and gives the customer a personal connection. The ‘social media CEO’ appears more in touch with the market they operate in, they appear more tech-savvy, switched on and relevant if they’re social media users – just look at CEOs like Lord Sugar and Rupert Murdoch. Both use social media heavily, especially Twitter, have built up a loyal following and are able to reach an audience of millions to give their opinions, to promote their new products, to discuss their respective industries, all with just a few keystrokes. Alan Sugar alone has made over 20,000 tweets since he joined Twitter and there are over 2.8 million people who have indicated through ‘Following’ him that they want to listen to what he has to say.

But, what are the drawbacks, the risks involved? Well, engagement with social media requires just that: ‘engagement’. The CEO must want to get involved with using social media and if they don’t, it will become obvious fairly quickly. A bored or boring CEO, or one who quickly loses interest could potentially do more damage than if they had not got involved in the first place. Then of course there is the possibility that an untrained CEO could wander into a PR nightmare by being unaware of the impact their words can have on those who are following them and how responsive this audience can be.

Involving your CEO in your social media strategy and encouraging them to take a front seat needs to be done very carefully. Get it wrong and you may lose their interest for good, get it right and your company could enter a new golden age of customer engagement. So here are a couple of simple tips for getting your CEO started:

CEO involvement is not always about strategy and planning, sometimes it’s enough to just allow them to talk about something they are interested in. This could be something to do with the business, but if it’s a love of Formula One, golf or rambling they can still engage at this level to show a little more of the person behind the business. Get to know what they are interested in, what makes them tick before discussing what they should write about. If they are excited about something they are more likely to want to talk to people about it regularly and on an on-going basis.

Get them up to speed

I’ve seen first-hand how a little expert training can hone the skills of CEOs looking to use social media as a business tool, and through a complete understanding of the power of this medium, the scale and influence of the audience they are talking to, and the potential dangers inherent in any mass audience communication, social media novices can quickly be transformed into seasoned experts.

Let them off the leash

Monitoring is important, offer guidance where necessary, but let your CEO be themselves. It doesn’t always have to be on topic – the occasional personal tweet just makes you more human and more relatable, and once they are comfortable you may consider involving them more in the wider social media strategy.

Make no mistake: the social media CEO is the future. Customers want to be able to engage with and relate to the people running companies, so what are you waiting for, get your star player off the bench and onto the field and hear the crowd roar.

In January 2012, Forbes named Maz as one of the world’s top 50 social media power influencers. He is regularly asked to appear at seminars, conferences and on TV around the world to comment on the industry. Maz can be reached at maz@somazi.com